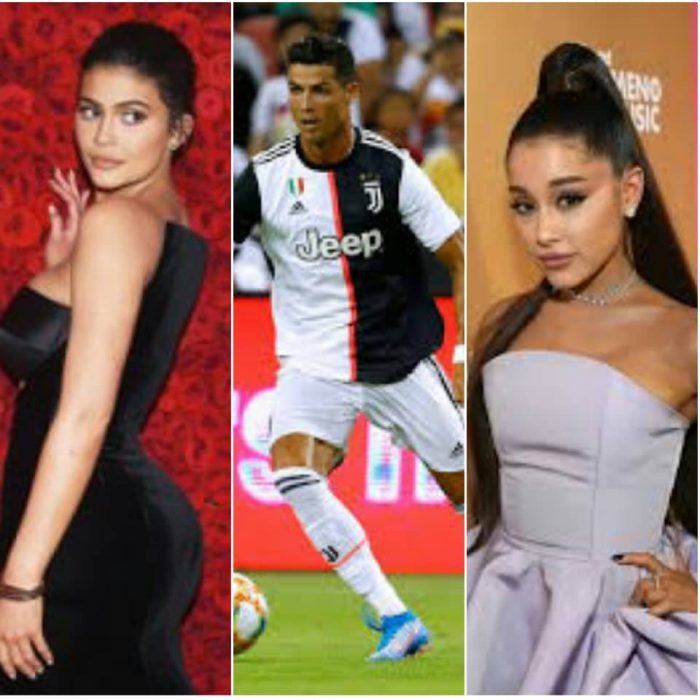 Jenner, with Instagram followers of 139.2 million, has a worth of $1,226,000 cost per post to remain on top ahead of Ronaldo, who is third on the list, even though she has fewer followers on Instagram than the football superstar.

America’s singer and actress, Ariana Grande is second on the list with an Instagram followership of 158.4 million and a worth of $996,000 cost per post to emerge second ahead of Ronaldo.

Ronaldo, who plies his trade in Juventus has the highest followers on Instagram (172.8 million), but is the third richest on the rich list, with a worth of $975,000 cost per post. Justin Bieber sued for posting his own photo on Instagram