A woman took an unplanned bathroom break at Chick-Fil-A and ended up delivering her baby there in the restaurant’s restroom.

Falon Griffin began having contractions on Tuesday. She and her husband Robert Griffin made a stop on their way to San Antonio, Texas’ University Hospital to meet up with a family friend at a local Chick-Fil-A store so they could drop off their two older daughters with them before going to deliver their baby. 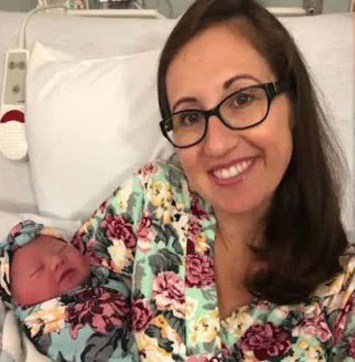 As they stopped, Falon realized she needed to use the bathroom. It was after 10 p.m. at the time and Chick-Fil-A was closed but the couple banged on the windows to try and get the staff’s attention because Falon didn’t feel like she could wait until they got to the hospital.

Falon was allowed inside while her husband waved goodbye to the kids. Afterward, Robert went inside the store and was told by the manager that his wife was “screaming” in the restroom, only for him to learn that she was in the process of giving birth.

“Last night I delivered our baby girl IN THE BATHROOM AT A CHICK-FIL-A!”

“I couldn’t control it,” his wife added. “I was basically [straddling] the toilet — I wasn’t even sitting down. I was literally standing giving birth, with one hand on the wall and one hand holding her head.” 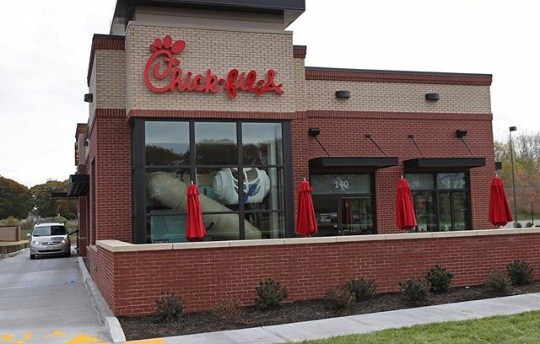 However, during the delivery, Robert wrote on Facebook that he noticed that the child’s umbilical cord “was wrapped around her neck twice.” Not wanting to worry his wife, Robert “told her to relax for a minute and I was somehow able to unwrap the chordfrom the baby’s neck.”

“With two more strong pushes, and using my shirt for a towel, out came Gracelyn Mae Violet Griffin,” he wrote, adding that “paramedics arrived 15 minutes later” and that “everyone’s healthy.”

In honor of the unexpected delivery, the popular franchise will give her free food for life and has also guaranteed her a job as soon as she turns 16.

Chioma’s baby bump confirms she is pregnant for Davido (video)