Kevin Hart and his longtime love, Eniko Parrish are married. 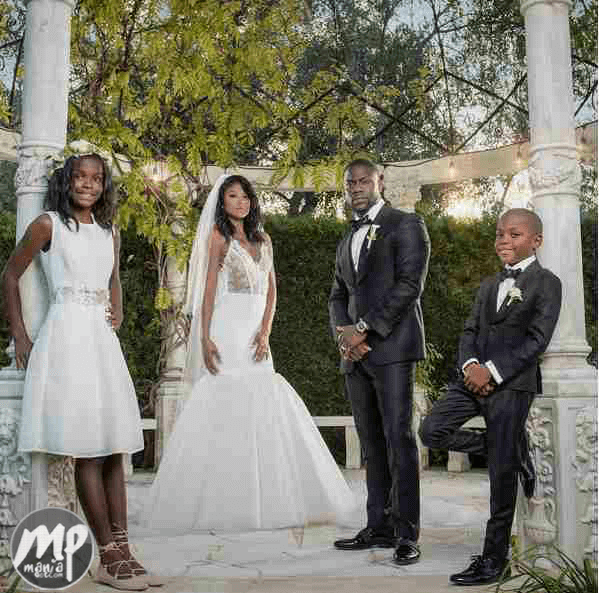 The couple who got engaged on her30th birthday in 2014  got married in a wedding in California, surrounded by friends and family.

His two kids from a previous marriage served as their ring bearers. He has credited her with standing by him through the tough times, before he became the mega star he is today.

He also said he has always felt married as they have been living together for years “I already feel married, the wedding is really just for her,” Hart said in a new cover story with Entertainment Weekly.

Kylie Jenner Posts Another Close Up Photo of Her Freckle-face

Nigerian Artist gets recognised and contracted by Kevin Hart via Twitter

Kevin Hart Apologizes To The LGBTQ Community, Calls For An ‘Acceptance For Change’