Despite his deportation drama, Joe Giudice is smiling … and, for the record, looking slimmer! 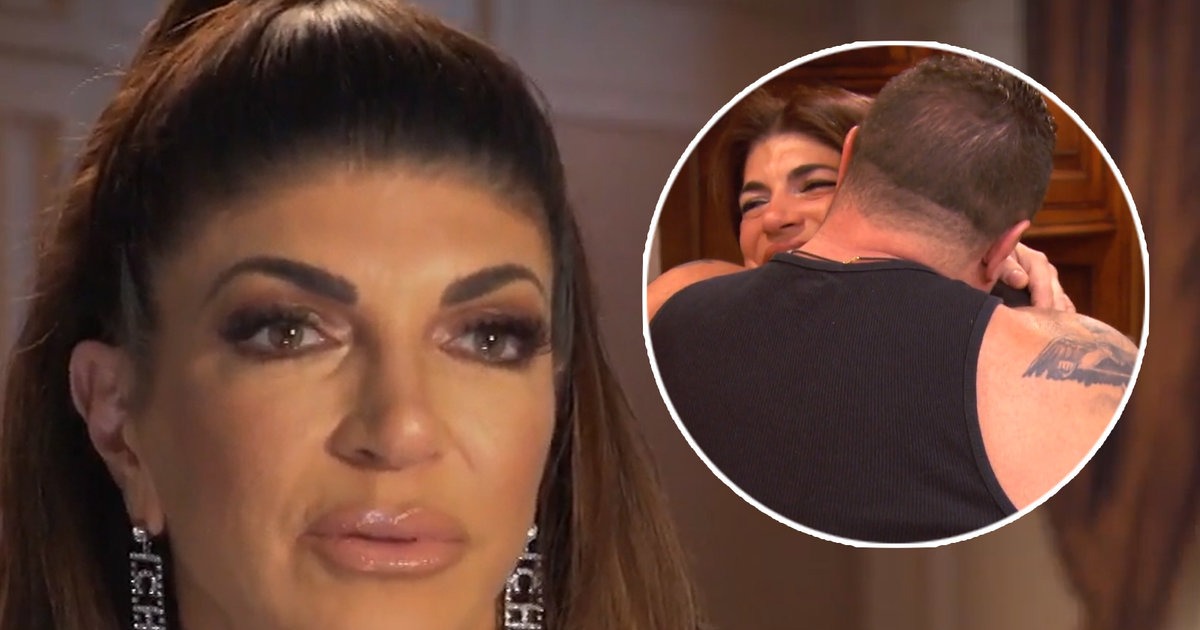 The 47-year-old, who’s married to Real Housewives of New Jersey star Teresa Giudice, gave fans an update from Italy in a video posted by Bravo’s The Daily Dish on Monday, October 21, after he spent months in Immigration and Customs Enforcement custody following his release from prison.

He continued: “But at the end of the day, people make mistakes. Nobody’s perfect. I’ve learned a valuable lesson from all this, and I know my family is the most important thing to me, but it’s better that I’m out here than in there.”

Joe also expressed his thanks to his family members, including the four daughters he shares with his 47-year-old wife: Gia, 18, Gabriella, 15, Milania, 14, and Audriana, 10. “I just want to let you know that I love you, and I’m always here for you,” he said. “You know that.”

The restaurateur was taken into ICE custody in March immediately after he completed a 41-month prison sentence from his and Teresa’s 2014 fraud conviction. In October 2018, a judge ordered Joe to be deported to his native Italy, and earlier this month, he flew to Italy to earn money for his family while he continues his deportation battle.

Teresa declared in January that she and her husband would go their “separate ways” if he were deported to Italy, but a source told Us Weekly earlier this month that the reality star “already has a trip to Italy planned” along with the couple’s children.

“She’ll be taking all her girls,” the source said. “Teresa and all the girls will be visiting sooner rather than later. It’s fast approaching.”

The businessman appeared at Seminole Hard Rock Hotel and Casino in Hollywood, Florida, in August 2013, just two weeks after he and Teresa were indicted on fraud and tax charges.

Plus, Teresa confirmed on Monday that she and Joe would discuss the deportation drama in a tell-all interview with Andy Cohen. “Joe and I will be sitting down with @Andy to discuss everything that has been happening with us and our family the past few months,” she announced on Twitter. “Tune in to a special The Real Housewives of New Jersey Special Event: Joe and Teresa Unlocked airing Sunday at 8PM on @bravotv #RHONJ.”

In the meantime, scroll down to see photos of Joe’s transformation over the last several years — including pics from his current life in Italy.

The couple pleaded guilty to several mortgage and bankruptcy fraud charges in federal court in Newark, New Jersey, in March 2014.

Joe stopped by the New York City studio of Watch What Happens Live With Andy Cohen in October 2015 in the middle of Teresa’s 15-month prison sentence.

Joe went shirtless at home in Montville, New Jersey, on Christmas Day 2015 as he cleaned floor mats in his garage.

Daughter Gia posted a photo of him looking much thinner as he reunited with his brother, Pete, in Italy, after being released from ICE custody and leaving the United States on October 11.

“Given his height, I would guess Joe has lost anywhere from 40 to 60 pounds of body fat,” nutritionist Ray Abdwell told Us Weekly. “It could possibly be even more, even up to around 70 pounds.”

“Joe has lost a lot of body fat, it’s most evident in his face and his stomach,” Abdwell noted.

The nutritionist also commented on Joe’s apparent gain in muscle mass, seen here in Gia’s October 16 Instagram upload of her dad practicing martial arts. “His arms and shoulders are looking more ‘swole,’ as they say.”

Daughter Milania shared photos of Joe on the beach on October 22. “When someone loses a sizable amount of body fat, the greatest indicators are in the belly area and around the face, which Joe has clearly done,” Abdwell explained.

“Can’t wait to be with you,” Milania wrote, captioning a photo of Joe smiling on the beach. Dolores Catania, one of Teresa’s RHONJ costars, praised his physique in an exclusive interview with Us on October 17. “I think I want to go to the same camp he did,” she said. “He looks so great!”

UK’s Press Release on Rapper 21 Savage’s Detention in the US, Facing…