Rapper Kevin Gates has been sentenced to 180 days in jail after being found guilty of kicking a female fan in the chest in August 2015. 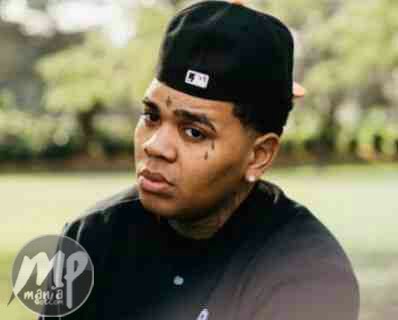 The incident which took place at Rumours Nightclub in Lakeland Florida went viral after a fan shared the video online.

In the video, Gates kicked 19 year old fan, Mranda Dixon in the chest while he was on stage.

Gates initially argued his innocence claiming that the girl kept pulling on his shorts as he performed on stage. Adding that he did it in self defense. He used the Florida’s “Stand Your Ground” law in attempt to have the charges dropped. “I kicked them, I wanted them off me,” he said during the previous hearing.

The judge sentenced Gates to 180 days in Polk County jail, with credit for any time served, and fines and court costs. He was convicted by a jury of six women after just two hours of deliberation.

Dixon admitted to having tugged on Gates’ pants during the concert at Rumor’s Nite Club on Aug. 28, 2015. She said during the trial:
“I was trying to get his attention for my friend.” Dixon’s friend Teremal Redding testified as well, saying she had asked Dixon to grab Gates to get his attention “because he is a famous rapper.”
She said that the entire front row had been grabbing at Gates and that the first time Dixon grabbed him, he kept performing, but the second time he got violent, kicking her with force. She said she fell backwards and blacked out.

Gates’ defense attorney Jose Baez cross-examined Redding about Dixon’s injuries, pointing out that Redding had stayed for the rest of the show after her friend left following the incident.

Wow! See this little girl who dressed as Beyonce for Halloween (Photo)