Bobrisky met a white male admirer yesterday who joined him at his dinner table after sending him dessert. 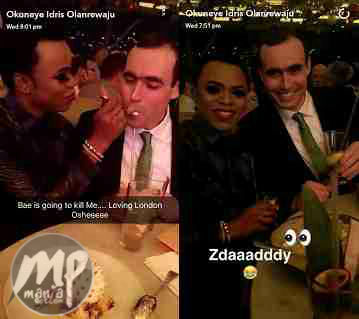 He not only flirted with the man, he spoon fed him. Then he showed off his waist on snapchat saying his bae is angry and misses him for the kind of  x-rated things only he knows how to do…

Though he has denied being Gaey, pictures tell a thousand words..

Bobrisky wants God to give him/her a womb

Bobrisky stirs up savagery, says He “woke up with a menstrual pain”

Bobrisky is worse than the Ebola virus – FG