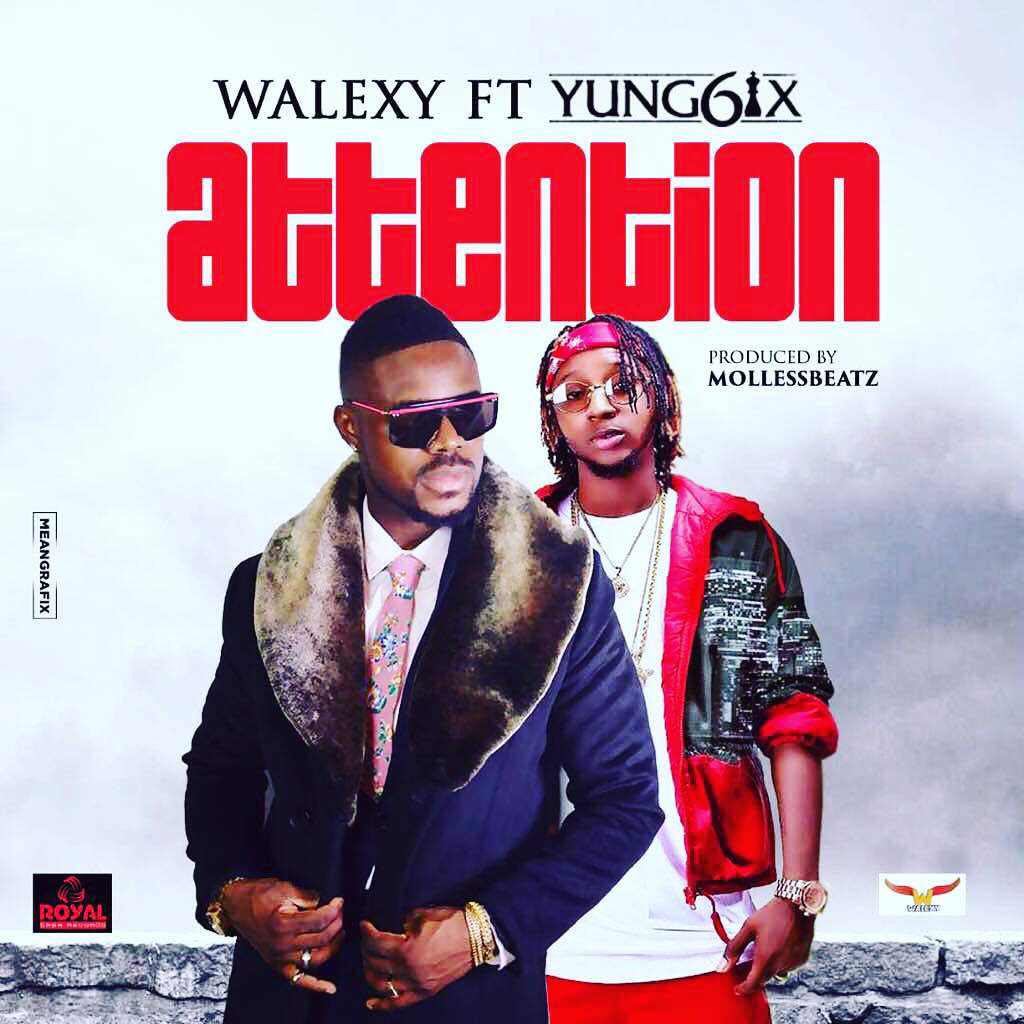 Olawale Raphael Adewole is a Nigerian / Australian based Afro Pop artist who is known to his fans around the globe by his stage name Walexy. Since his professional debut into the music scene in 2013 he has proven himself as a solid performer both internationally and locally throughout Australia. Walexy continues to raise expectations of the African music scene in Australia through his exceptional delivery of outstanding music videos, sound engineering capabilities and overall stage presence.
Walexy has previously released some incredible songs in the past 8 months such as Omotola Pro by Young John (the wicked producer), ILEKE ft Skale’s which is still trending at the moment, The Want See me ,Far Away Pro by Mollessbeatz ,personal Baby.And here again is a new brand new single from Walexy featuring Afrobeat and Hip pop sensation Yung6ix and this one titled is “ATTENTION ” and my people trust me both the audio and video is a banger.And please SUBSCRIBE to Walexy YouTube channel @ WALEXY , WalexyVEVO and also you can link with Walexy on twitter and IG @iamwalexyo . Walexy seems very hard working and so let us lift him up by supporting him and the movement.Enjoy
Related Posts